Rapunzel Dancing in the Sunlit Courtyard 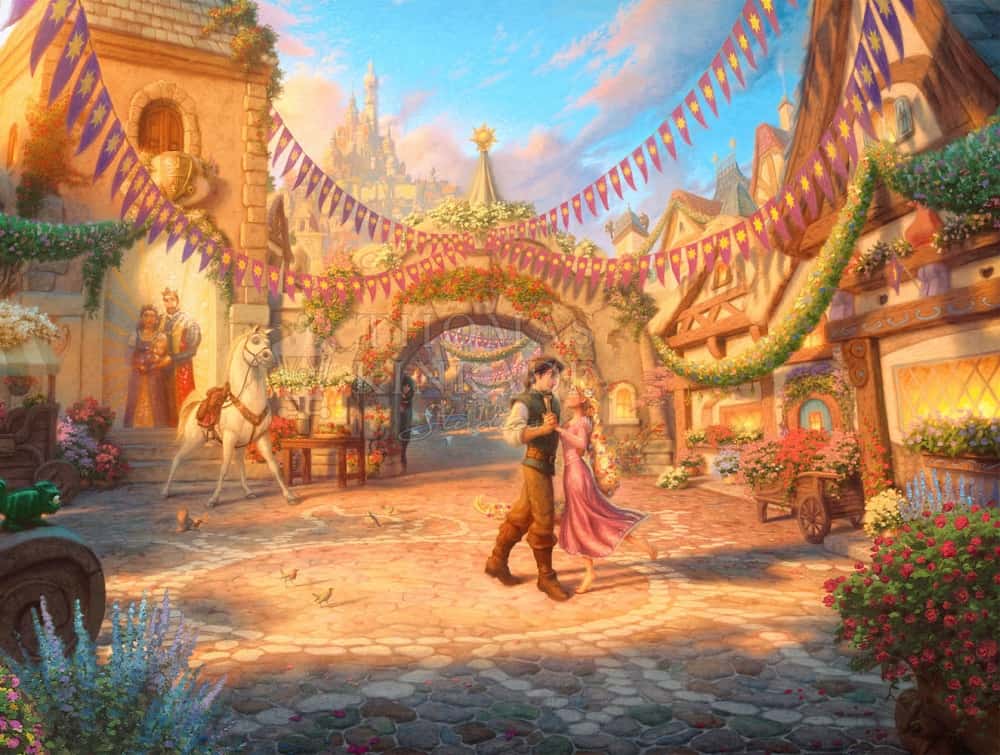 Tangled is a re-telling of the traditional fairy tale “Rapunzel” and joins other great titles as the 50th feature film from Walt Disney Animation Studios. It is with great pride that the Thomas Kinkade Studios presents Rapunzel Dancing in the Sunlit Courtyard.

The day is bright with vibrant sunshine, which seems to glisten and sparkle on the stones and flowers. Flynn is looking deeply into the eyes of Rapunzel as he twirls her around the courtyard. Maximus and Pascal seem anxious to join in the dance with the pair. Happiness abounds all around them, and even Mother Gothel, peering around the stone portico, won’t dampen everyone’s joy. Today and each beautiful day they share together will undoubtedly be their “Best Day Ever”.