Cinderella Dancing in the Starlight 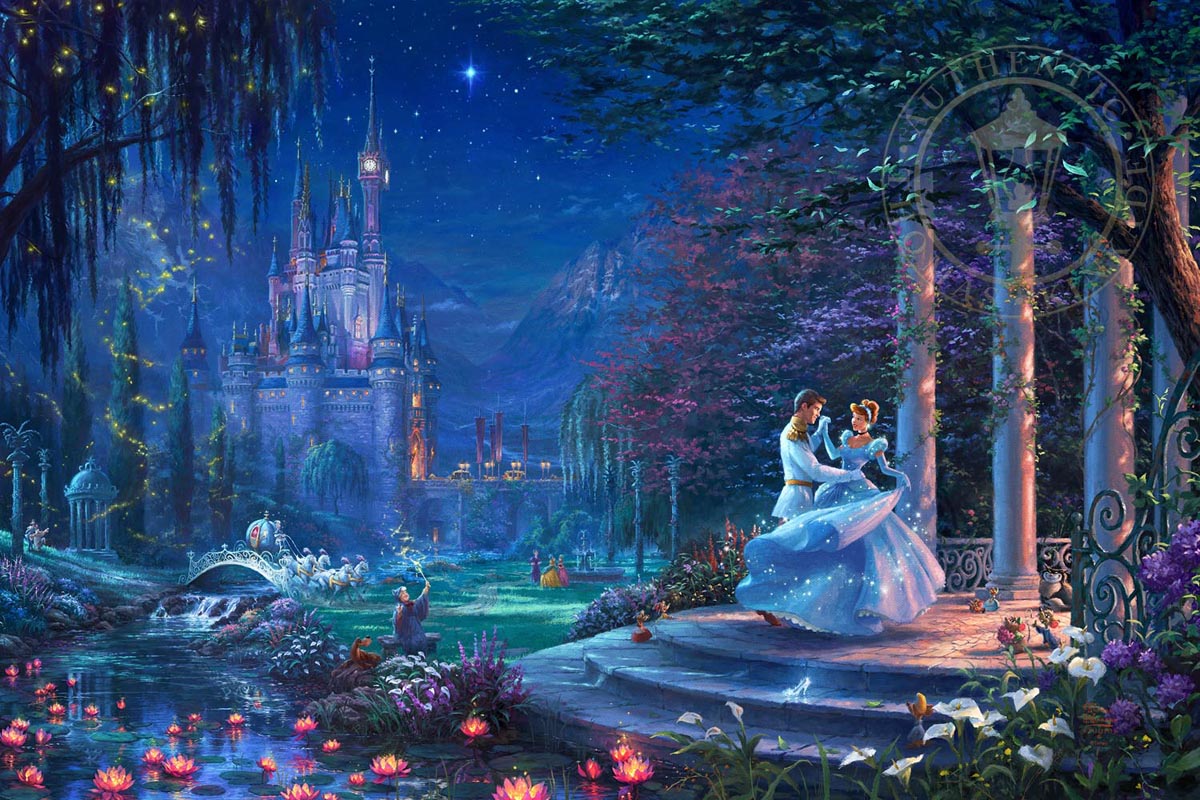 When Disney released the film Cinderella in 1950, instantly it became the new gold standard for music, animation, and visual storytelling. The American Film Institute immediately considered it one of the best American animated films ever made.

Now this wonderful story of love, loss, struggle, and ‘happily ever after’ has been recreated in this vividly colorful painting like never before by Thomas Kinkade Studios in Cinderella Dancing in the Starlight, the second piece of the collection entitled, Dancing in the Light.

When the clock tower strikes midnight, Cinderella’s magical night with Prince Charming, along with her dreams of a better life, seem to be coming to an end…or maybe, it’s just the beginning.