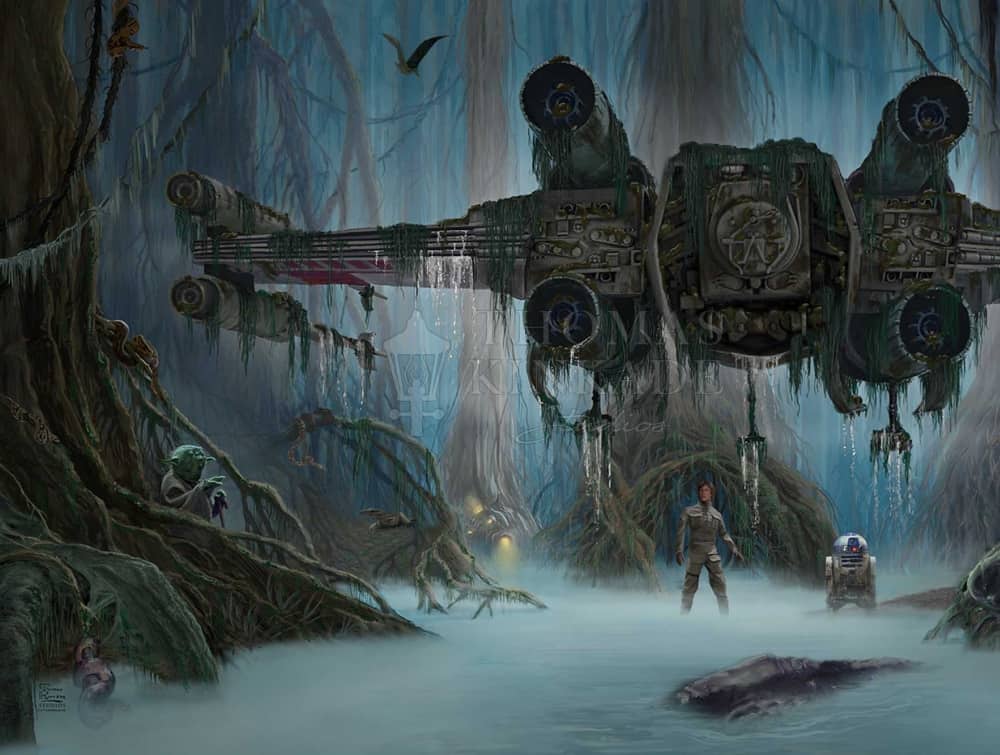 The Rebellion Forces have escaped the Imperial Starfleet’s discovery of their new base on the ice world of Hoth™. Luke Skywalker™ has told R2-D2™ that they are not headed to the Rebellion rendezvous point but are traveling to the Dagobah™ System. Obi-Wan Kenobi™ has told Luke: “You will go to the Dagobah System. There you will learn from Yoda™. The Jedi™ Master who instructed me.”

Emperor Palpatine™ has told Darth Vader™ that there is a great disturbance in the Force, and the enemy is the young rebel who destroyed the Death Star™. This young rebel is the son of Anakin Skywalker™, and the Force is strong with this one.

During their initial meeting, Yoda states that he cannot teach the boy, as Luke has no patience and is too old. Obi- Wan reminds Yoda that Luke will learn patience. “Will he finish what he begins?” asks Yoda. After an intense training session, Luke’s X-Wing slips deeper into the swamp where he landed. Luke’s attempt to lift his fighter out and onto drier land fails, and it slips completely under the murky water. After Luke has turned away in frustration, Yoda uses the Force and deftly lifts the X-Wing out of the swamp and onto drier land. “I don’t believe it!” says Luke. “That is why you fail,” replies Yoda.

Luke must always remember that his greatest ally is the Force. Thomas Kinkade Studios is pleased to present Do. Or do not. There is no try.

Here is the E/E sketch for Do. Or do not. There is no try.