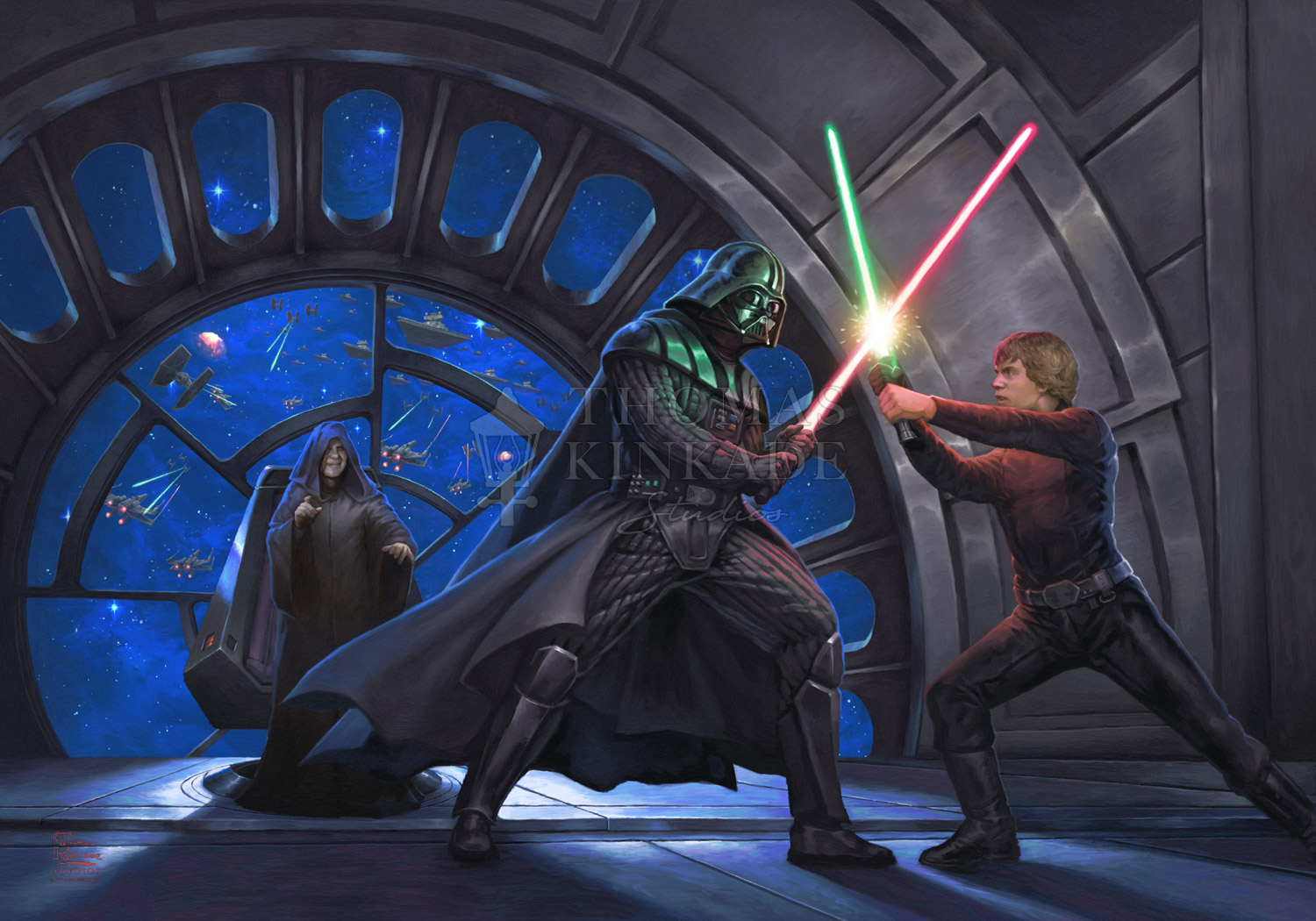 The space battle between the Imperial TIE Fighters™ and the Rebel X-wings™ continue behind Emperor Palpatine™ who is enthralled by the Lightsaber™ duel of Darth Vader™ and Luke Skywalker™. Is this the final encounter for father and son?

The Emperor encourages Luke to kill Darth Vader and to take Vader’s place at his side. Luke declares that he is a Jedi Knight™ as his father Anakin Skywalker™ was before he turned to the dark side. An enraged Palpatine states he will then himself kill Luke. The Emperor’s action brings Darth Vader to realize he needs to save his son, Luke, only to lose his own life. In “A Son’s Destiny” by Thomas Kinkade Studios good finally does conquer evil.