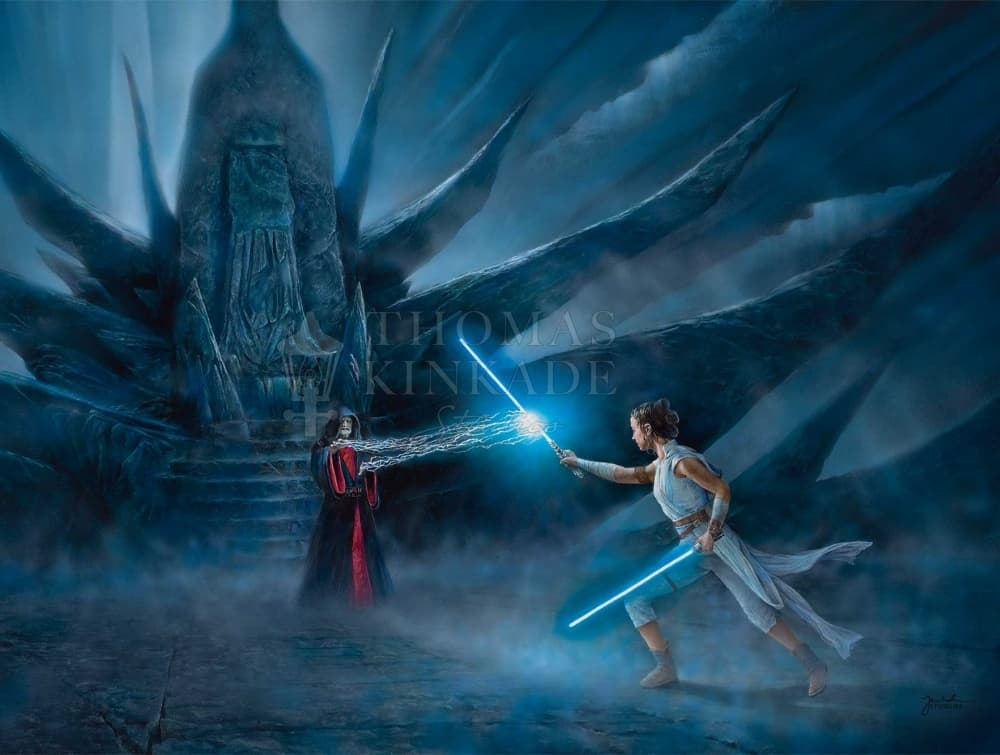 The galaxy has heard a very mysterious broadcast. It’s a threat of revenge, and it seems to be the voice of the late Emperor Palpatine™.

The Resistance™ is now taking the war back to the First Order™. Rey has landed Luke Skywalker’s™ X-wing on the planet Exegol™. It is there that she finds Palpatine who reveals that he is her grandfather. Channeling the Force and Jedi before her, Rey draws her Lightsaber and confronts the Emperor.

Rey’s Awakening is the sixth Limited Edition release in the Star Wars™ Collection by Thomas Kinkade Studios, and the third Limited Edition Art featuring Rey. The first two are The Duel: Rey™ vs. Ren™ and Rey of Hope. 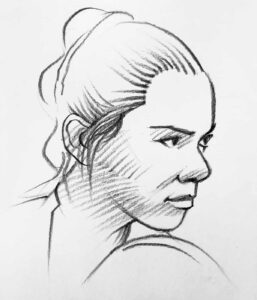 Here is the E/E Edition sketch for Rey’s Awakening.