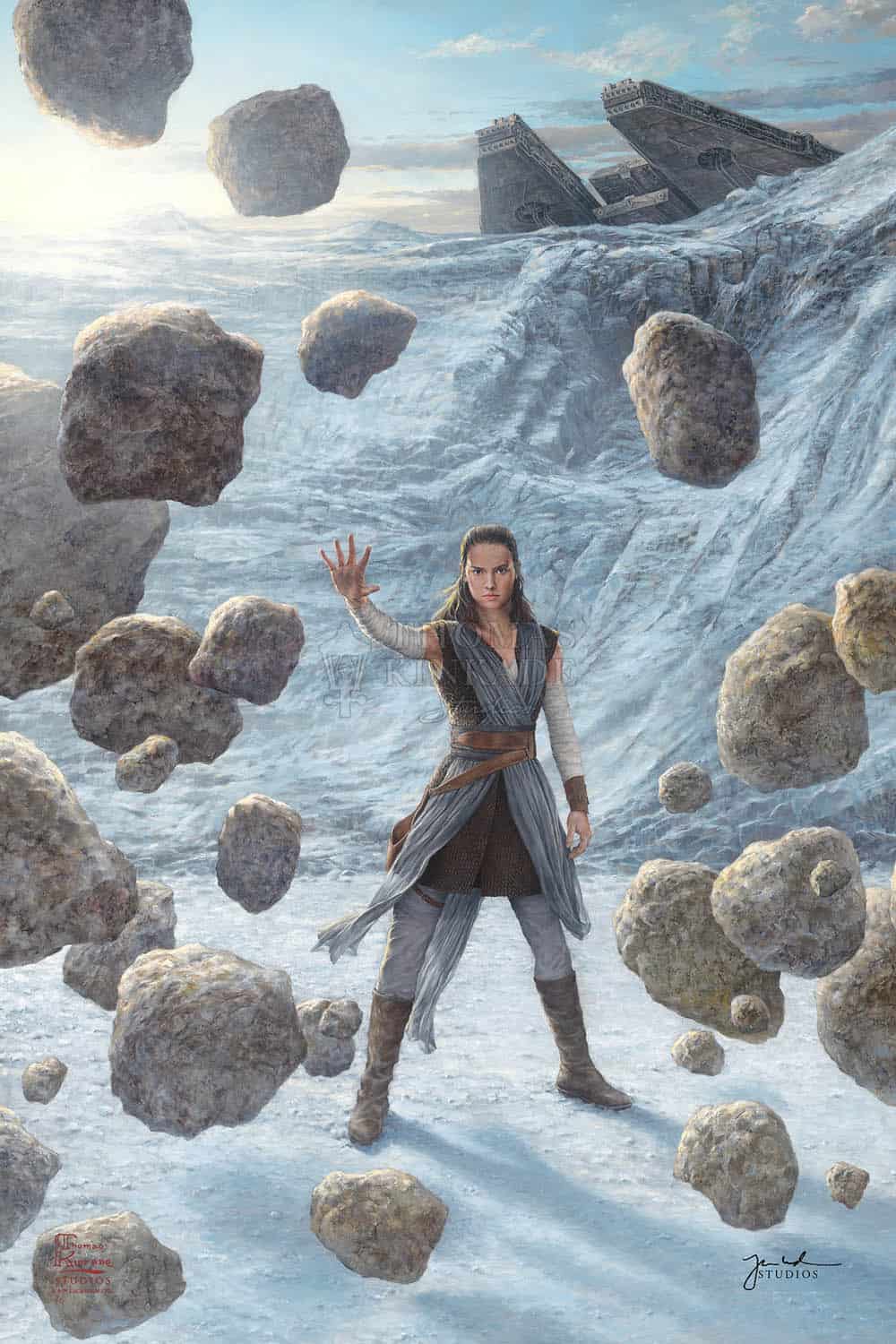 After Rey™ and Kylo Ren™ defeat Supreme Leader Snoke’s™ Elite Praetorian Guards™ aboard The Supremacy™ Rey flees in Snoke’s escape shuttle to meet up with Chewbacca™ to search for General Leia™, Finn™ and the Resistance. Rey wears a cloaked transmitter bracelet whose mate is held by Finn. The beacon draws Rey and the Millennium Falcon™ towards the planet Crait™.

Crait, once a Rebel Alliance outpost, has become a haven for the fleeing Resistance forces one step ahead of Kylo Ren, General Hux™ and the First Order™. The Resistance forces encounter a skulk of vulptices who have taken up residency in the old abandoned rebel base. As the battle between Kylo Ren and Luke Skywalker™ takes place outside the main blaster doors, Commander Poe Dameron™ looks for an alternate escape route for the small handful of Resistance fighters. Poe realizes that the melodic sound made by the crystalline bristles of the vulptex has faded. How did they escape? The Resistance fighters follow the last vulptex to the back of the cavern only to find it completely closed off with various sized boulders.

The Millennium Falcon has landed on Crait right above the back of the outpost cavern. Rey climbs down and sees the vulptex emerge through a small crevice, and senses that her friends are just inside behind all the fallen boulders. She raises her hand to move the boulders away from the cavern, saving her friends. The Resistance fighters emerge and join Rey aboard the Millennium Falcon, once more a step ahead of Kylo Ren and the First Order, restoring hope and inspiring rebellion across the galaxy.

Thomas Kinkade Studios is pleased to present
Rey™ of Hope.