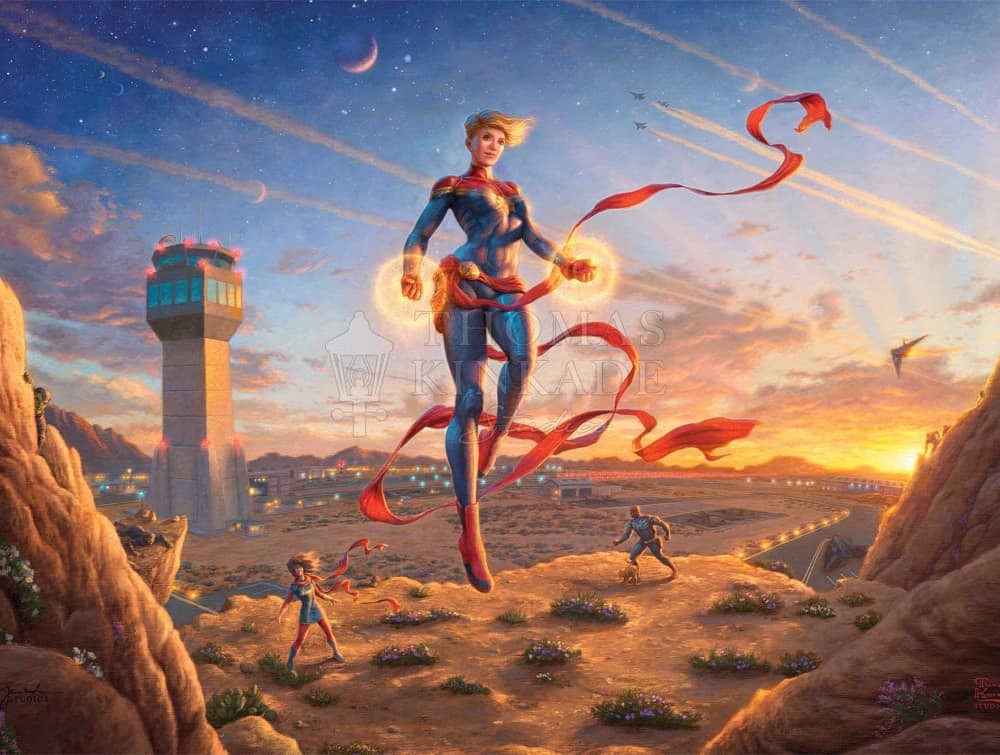 The morning sun dawns on a new day amplifying the glowing power emanating from Captain Marvel’s hands as she watches over the desert base. The flight patterns of the jets leave illuminated contrails in the morning sky. Ms. Marvel, Kamala Khan, stands at the ready to join her hero, Captain Marvel, to battle any enemy, who may try something untoward. As their red sashes flow gracefully in the desert breeze, Goose the Cat rubs the leg of Nick Fury who has sensed a potential danger. Is that Skrulls we see, or is it Kree, or maybe both! Our hero, Captain Marvel, is at the ready.