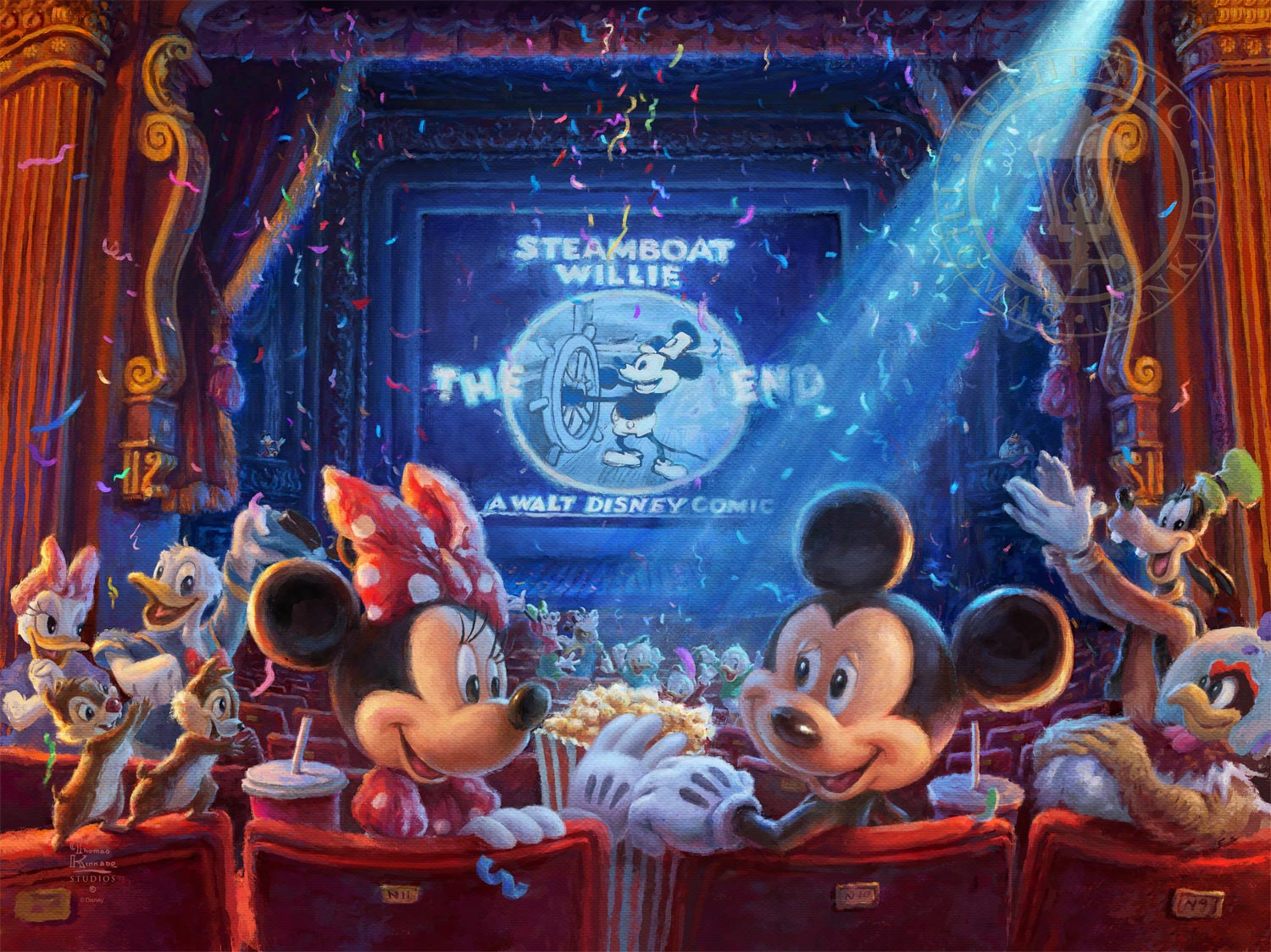 Mickey Mouse made his public debut in the short film Steamboat Willie way back in 1928. It was the first cartoon film with synchronized sound which made the film, along with its star, an overnight sensation. The movie forever changed the world of animation and launched a brand-new empire full of funny, cool, clever, caring, silly and mischievous characters. Fast forward 90 years and the world’s most famous mouse embodies the adventurous, lovable optimist in all of us and has become one of the world’s most beloved original icons.

Thomas Kinkade Studios would like to congratulate 90 years of Mickey and for showing us all that dreams really do come true.