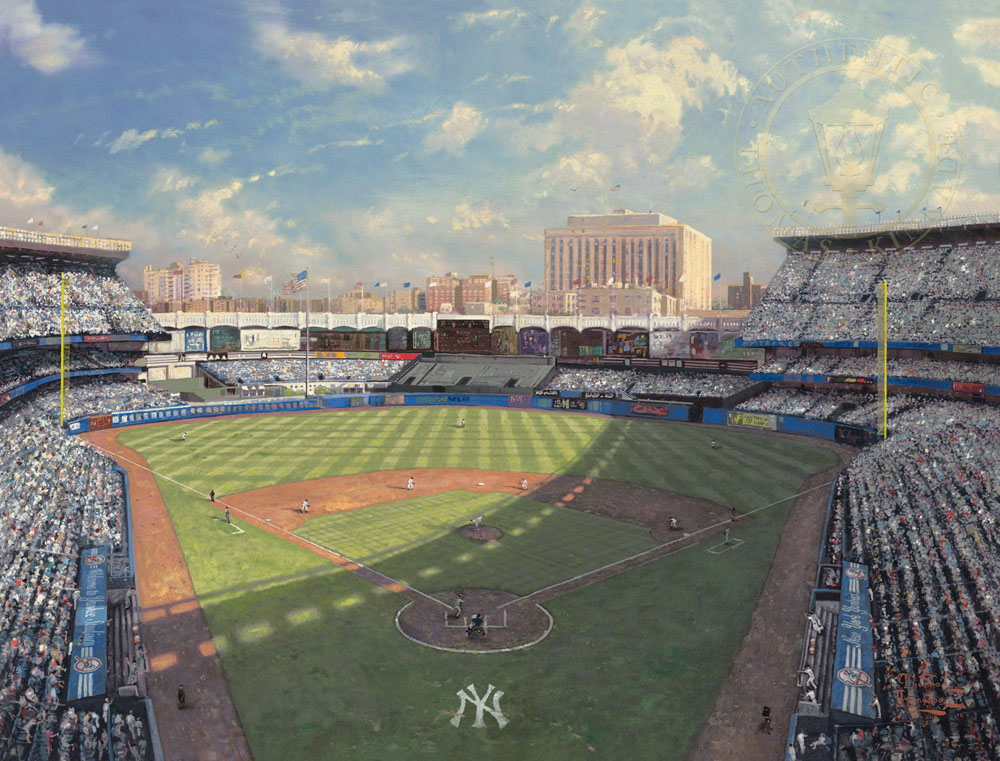 In 2008, Yankee Stadium™, the greatest cathedral to the game of baseball, has closed its doors forever. I could not let such a historic moment pass without honoring it in my way. This is the original Yankee Stadium™ – the house that Ruth built.

Because this is a distant view, you can people the field with Yankee heroes of your choosing. Could that be Lou Gehrig on first base? Babe Ruth in right field? Joe DiMaggio patrolling center? For eighty-five years, some of the greatest players in the game have called Yankee Stadium™ home.