The Women of DC 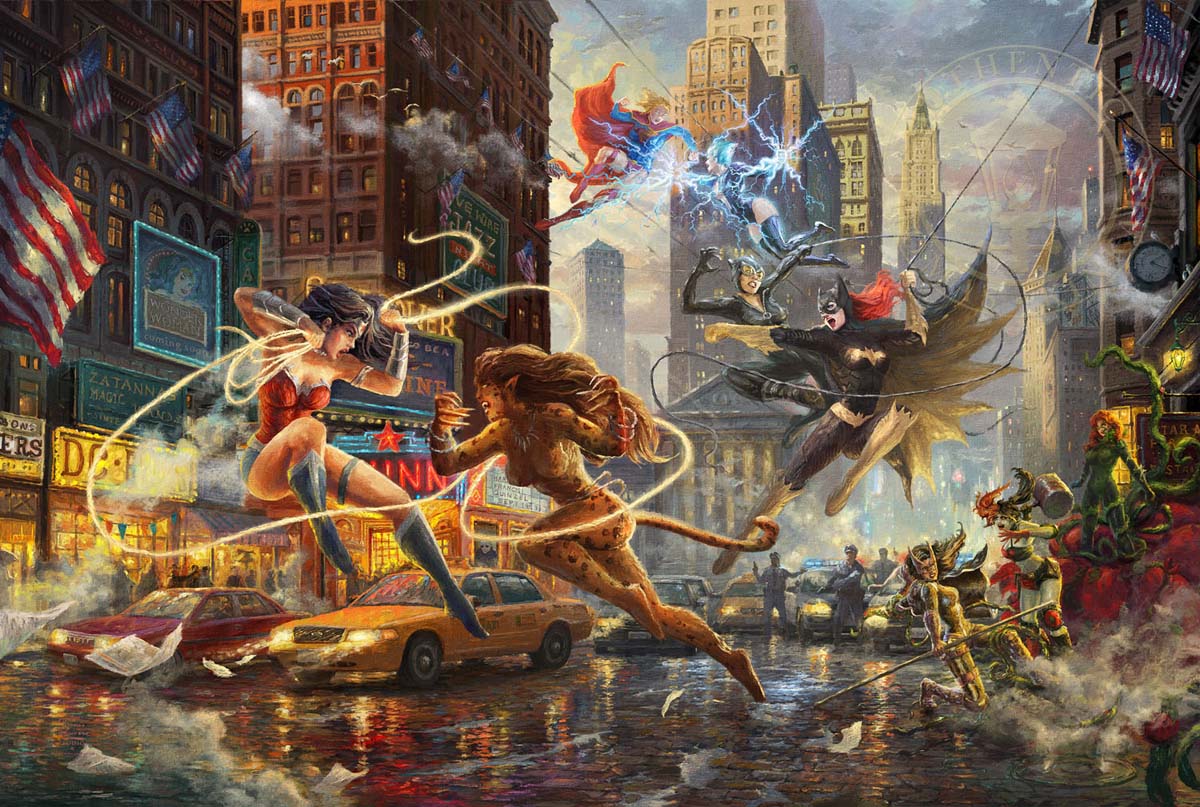 Brace yourself for a high-energy collision! Thomas Kinkade Studios chronicles the action-packed encounter between some of the world’s most beloved female Super Heroes and their adversaries, all in one dramatic scene – The Women of DC. As the city’s local police force stands helplessly watching, conflict ensues.

The Women of DC blends the Kinkade-style of warmly lit storefronts and glossy streets, with DC’s electric line up, to produce a dynamic collector’s piece.