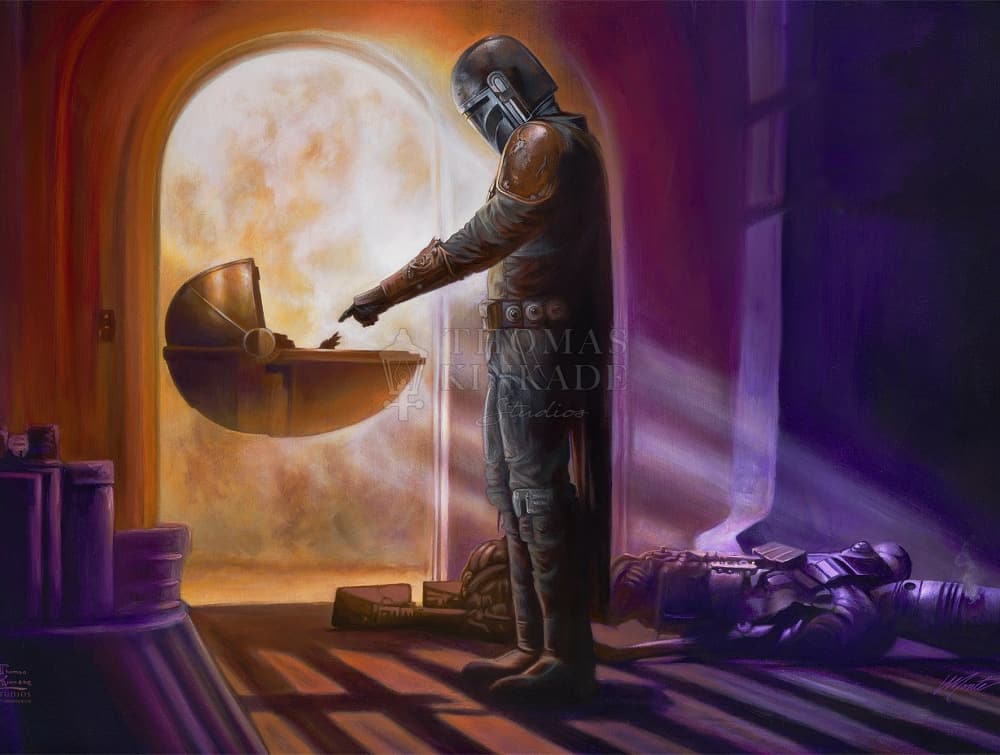 It was a fierce battle to reach his goal, but with the help of an unlikely ally, the Mandalorian has finally located the bounty. To his utter surprise, however, this bounty is a small child of unknown species and his temporary ally has now become an enemy. The mercenary now has to make the first in a series of decisions that will chart the path of the rest of his life. In a choice between life and death, the hardened bounty hunter reaches out his hand and chooses life.

About The Artist – Monte Moore

Monte Moore has been a professional illustrator for nearly 30 years for dozens of top-tier companies and properties having worked on book covers, video games, movie posters, card games, and comic books. Along with having 8 books published exclusively featuring his commercial artwork in the pop- culture industries, Monte has won the World Fantasy Art show twice for Best Black and White work and has been a guest of honor artist at conventions and art shows around the world including Italy, Scotland, Belgium and Germany and 2001 Guest of Honor at the San Diego Comic-Con International.