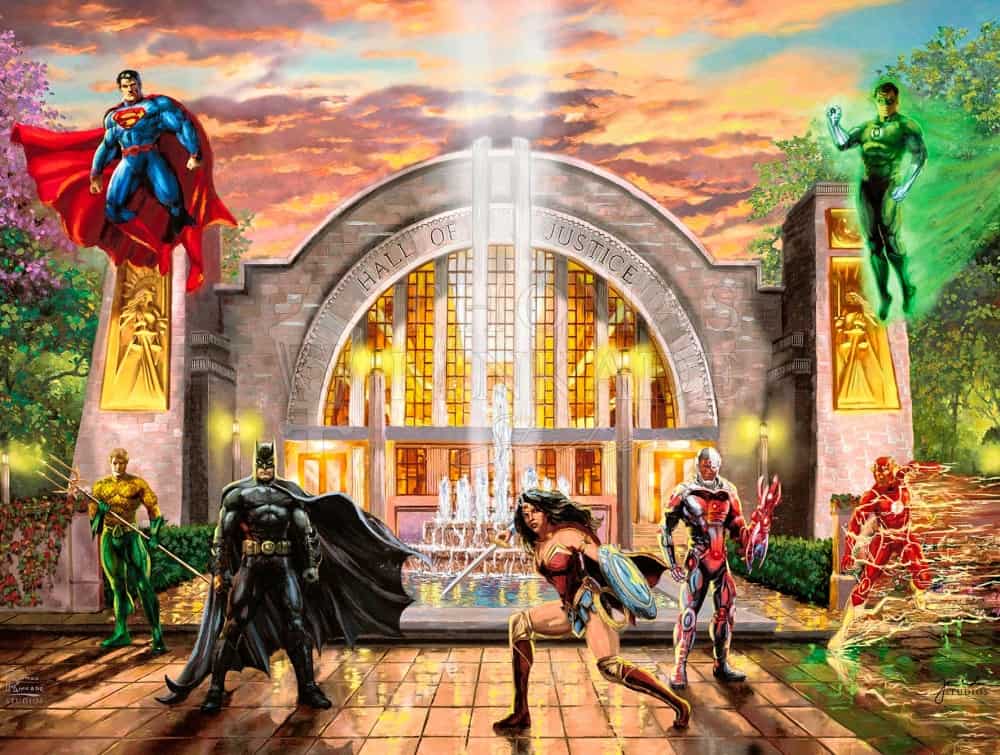 For generations, DC fans have lived on the edge of their seats following The Justice League’s™ adventures. Their heroic tales and achievements have enthralled all, young and old.

One iconic place in their epic history is the legendary Hall of Justice, which The Justice League constructed after the destruction of the previous Justice League Watchtower.

In Hall of Justice by Thomas Kinkade Studios, our intrepid heroes – Batman™, Wonder Woman™, Cyborg, Aquaman™, Green Lantern™, Superman™, and The Flash™ – have been called into action. Unified, their incredible Super Powers are exponentially stronger, making them virtually unstoppable as they stand ready to protect the world.

Here is the E/E sketch for Hall of Justice.