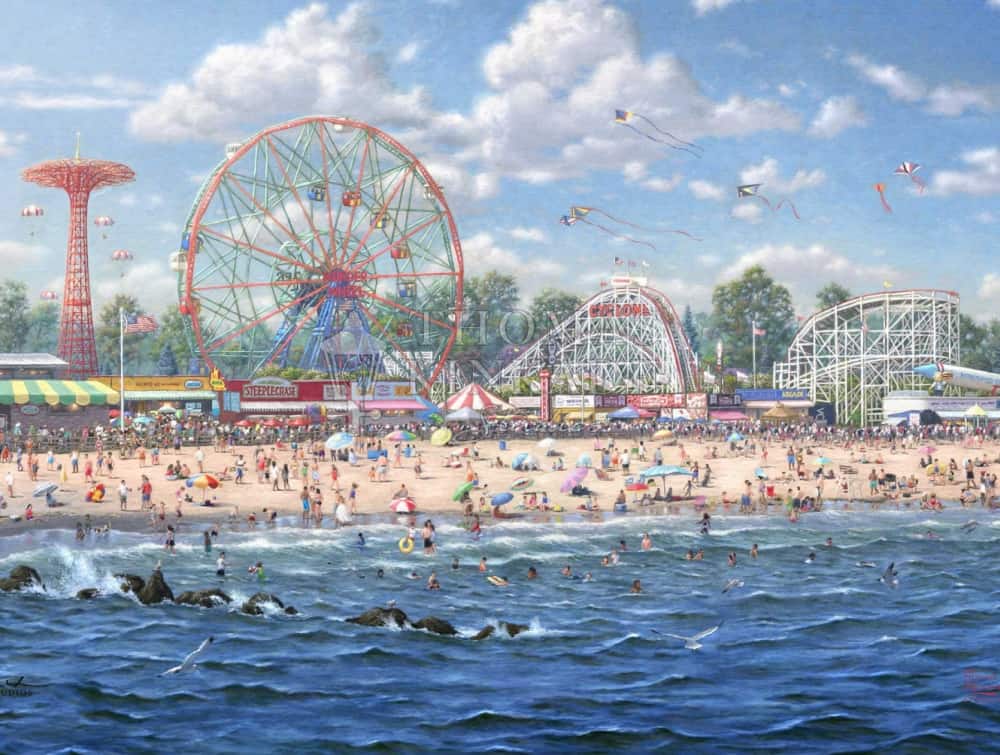 In 1895, the first enclosed amusement park was opened in Coney Island. This marked the beginning of spectacular amusement parks with glittering bright lights, ornate archways, and sparkling carousels with beautifully carved wooden horses beckoning to be ridden.

The melodic sounds of a carousel carried on a salty sea breeze bring back timeless memories. Who doesn’t have fond recollections of visiting a neighborhood amusement park?

Visits to Coney Island were an important part of many of our childhoods, whether we grew up on the East Coast or we traveled from afar to experience the magic of this legendary place. Some of the best memories include summer days spent with our parents or friends at Coney Island riding the Cyclone, experiencing the thrill of the Parachute Jump, or strolling on the promenade. Spending time in the ocean, flying a kite on the beach, and playing frisbee with a friend and their pet was equally as fun.

Take a nostalgic walk along the boardwalk with Thomas Kinkade Studios as we enjoy the day at Coney Island.

Here is the E/E sketch for Coney Island. 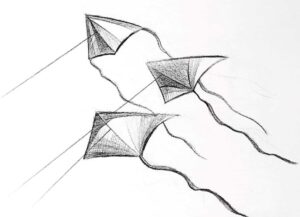