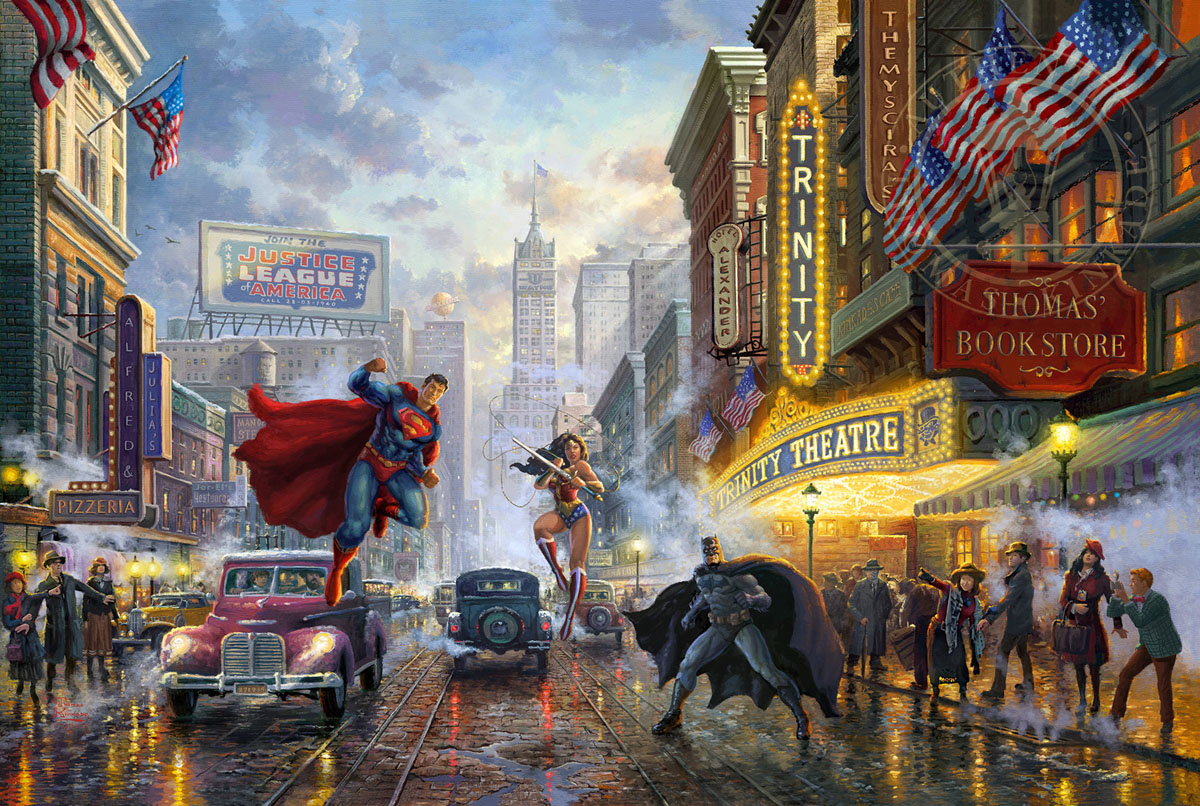 Together, Batman, Superman, and Wonder Woman™ form an epic alliance of DC Super Heroes, often referred to as “The World’s Finest Trinity”. Individually, they are some of the most powerful characters in the comic book universe, and united, they are virtually unstoppable. Fans around the globe have long celebrated their bond and their legendary stories.

The Thomas Kinkade Studios is proud to present Batman, Superman, and Wonder Woman™: The Trinity I, our first Limited Edition Art release paying homage to classic DC characters. In this scene, the trio is preparing to fight an enemy in a place that evokes iconic memories from each hero’s personal history. From arch enemies and beloved friends to important dates, we invite you to explore the hidden salutes we have included in this painting.