Thomas Kinkade’s Signature Gallery brings the art of Zachary Kinkade to Pigeon Forge, Tennessee, making it one of the top Smoky Mountains attractions. Come experience one of the new top places to buy art as Zac Kinkade exudes a fantastic world of m... Read More

New Releases by Zac Kinkade are now available in the Pigeon Forge gallery. 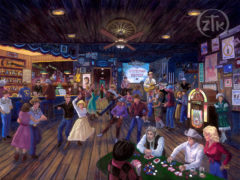 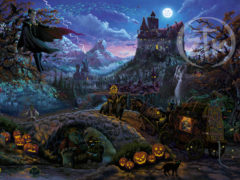 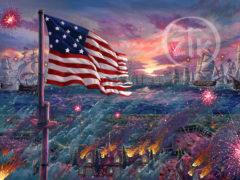 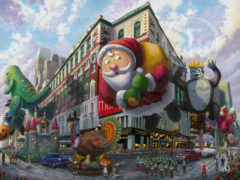 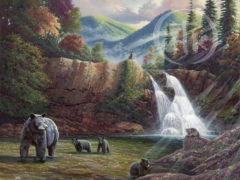 Spirit of the Smokies 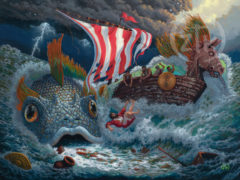 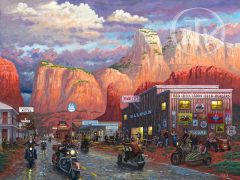 Get Your Kicks On Route 66 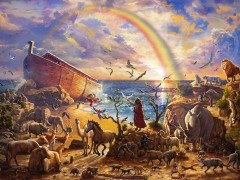 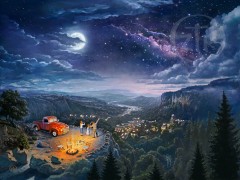 Beyond The Farthest Star

The Next Generation Of Talent

Thomas Kinkade’s Signature Gallery brings the art of Zachary Kinkade to Pigeon Forge, Tennessee, making it one of the top Smoky Mountains attractions. Come experience one of the new top places to buy art as Zac Kinkade exudes a fantastic world of magical creativity and unchallenged imaginative talent.

A nephew of the late internationally renowned painter, Thomas Kinkade, Zachary has more than lived up to the artistic tradition, infusing his own phenomenal creativity and visual sense. A graduate of Cornell University, Zachary broadened his horizons, layering in art as an option by entering the Art Center School of Design. This spring-boarded his career and his charming, supernatural style has helped him win numerous local, regional, national and international art competitions.

Our new Pigeon Forge, Tennessee Gallery is proud to feature Zachary Kinkade Limited Edition paintings. We constantly add to our collection of his amazing works of art.

Zachary Thomas Kinkade, the nephew of the late internationally recognized painter, Thomas Kinkade, graduated with honors from Cornell University in 2013, where he earned a Bachelor’s Degree in fine art. He continued his studies at Art Center School of Design following in the footsteps of his uncle but in pursuit of his own artistic vision. Over the years Zac has won numerous local, regional, national and international art competitions and recognitions, often times against competitors many years older than himself.

Several of Zac’s original black and white sketches have already sold for up to $10,000, and the company has had strong interest among collectors for published Limited Edition works. John Hasting, President of Art Brand Studios says, “Zac is a very talented young artist. Our collectors are excited to see new talent coming from the Kinkade family, and have been looking forward to having access to his artwork.”

Zac’s father, Patrick Kinkade, is also involved in the company and serves as Chief Creative Officer of the Thomas Kinkade Studios. “While Zac’s artistic style is different than my brother’s, Zac was very much influenced by him, and has adopted many of the techniques he learned during his studies with Thom. Zac believes that ‘high art’ in pencil and paint should both evoke emotion in, and tell a story to, the viewer. We are very excited to share his work with the world.”

Art Brand Studios will begin publishing Zac’s Limited Edition art with his first release, Noah’s Ark. This full color painting is a personal interpretation of the classic Bible story and the first in a series of four, each capturing Biblical and literary themes. Zac’s Limited Edition artwork will be available for purchase through authorized Thomas Kinkade galleries as well as on the Thomas Kinkade website. Noah’s Ark will officially release to the public on August 6th.